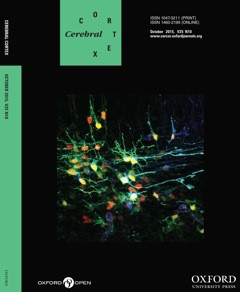 The dorsolateral prefrontal cortex (DLPFC) has consistently been implicated in cognitive control of motor behavior. There is, however, considerable variability in the exact location and extension of these activations across functional magnetic resonance imaging (fMRI) experiments. This poses the question of whether this variability reflects sampling error and spatial uncertainty in fMRI experiments or structural and functional heterogeneity of this region. This study shows that the right DLPFC as observed in 4 different experiments tapping executive action control may be subdivided into 2 distinct subregions-an anterior-ventral and a posterior-dorsal one -based on their whole-brain co-activation patterns across neuroimaging studies. Investigation of task-dependent and task-independent connectivity revealed both clusters to be involved in distinct neural networks. The posterior subregion showed increased connectivity with bilateral intraparietal sulci, whereas the anterior subregion showed increased connectivity with the anterior cingulate cortex. Functional characterization with quantitative forward and reverse inferences revealed the anterior network to be more strongly associated with attention and action inhibition processes, whereas the posterior network was more strongly related to action execution and working memory. The present data provide evidence that cognitive action control in the right DLPFC may rely on differentiable neural networks and cognitive functions.