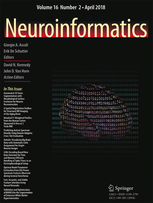 We present the basic structure of the Cognitive Paradigm Ontology (CogPO) for human behavioral experiments. While the experimental psychology and cognitive neuroscience literature may refer to certain behavioral tasks by name (e.g., the Stroop paradigm or the Sternberg paradigm) or by function (a working memory task, a visual attention task), these paradigms can vary tremendously in the stimuli that are presented to the subject, the response expected from the subject, and the instructions given to the subject. Drawing from the taxonomy developed and used by the BrainMap project ( www.brainmap.org ) for almost two decades to describe key components of published functional imaging results, we have developed an ontology capable of representing certain characteristics of the cognitive paradigms used in the fMRI and PET literature. The Cognitive Paradigm Ontology is being developed to be compliant with the Basic Formal Ontology (BFO), and to harmonize where possible with larger ontologies such as RadLex, NeuroLex, or the Ontology of Biomedical Investigations (OBI). The key components of CogPO include the representation of experimental conditions focused on the stimuli presented, the instructions given, and the responses requested. The use of alternate and even competitive terminologies can often impede scientific discoveries. Categorization of paradigms according to stimulus, response, and instruction has been shown to allow advanced data retrieval techniques by searching for similarities and contrasts across multiple paradigm levels. The goal of CogPO is to develop, evaluate, and distribute a domain ontology of cognitive paradigms for application and use in the functional neuroimaging community.