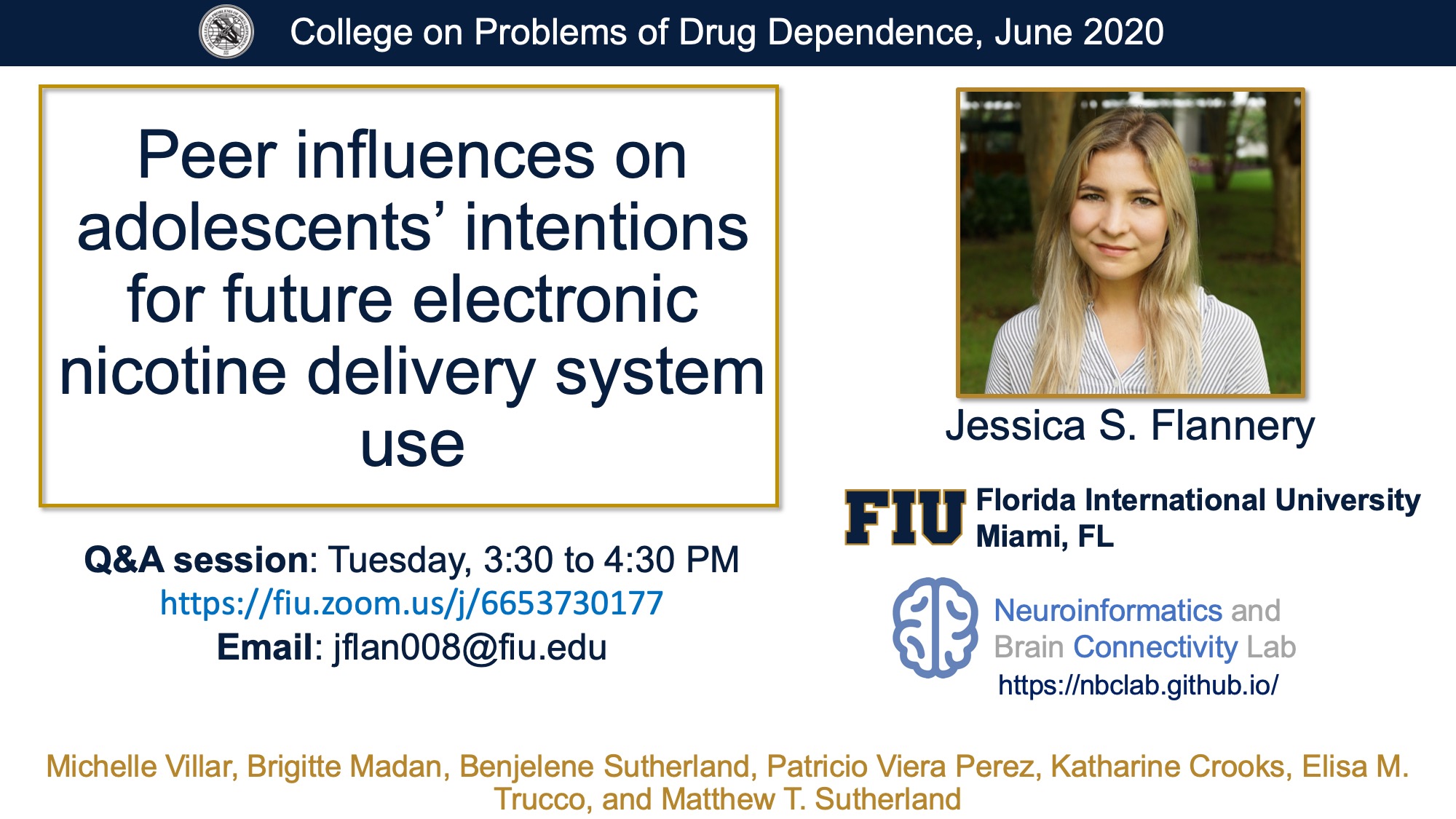 Jessica gave this 10 minute pre-recorded talk for the virtual CPDD conference in June, 2020.

Aim: Electronic nicotine delivery system (ENDS) use among teens has skyrocketed. Evidence suggests that peer influence is a primary factor contributing to adolescents’ use propensity. A more precise understanding of how peers impact future ENDS use intentions could identify potential intervention and/or prevention targets.

Methods: We assessed psychosocial variables mediating the relationship between peer ENDS use and future use intentions at wave 1 of a longitudinal study among a sample (N=248) of high-school students (14-17 years old, M=14.950.67, Hispanic/Latinx: 84.7%). Participants completed items from the Monitoring the Future survey to assess perceived peer use, items from the Population Assessment of Tobacco and Health (PATH) survey to assess their own use intentions, the Resistance to Peer Influence Scale, and the E-cigarette Attitudes Survey. We estimated a serial multiple mediator model to investigate direct and indirect effects of perceived peer use on intentions to use (one year from now). Specifically, we expected that peer ENDS use would impact resistance to peer influence, which in turn would impact positive ENDS attitudes, and ultimately influence ENDS use intentions. Bootstrapping procedures were used to estimate the statistical significance of indirect effects.

Conclusions: These outcomes suggest that social influences can impact teens’ future ENDS use intentions by modulating ENDS attitudes. Interventions facilitating resistance to peer influence among teens with ENDS using peers may be a viable prevention target.