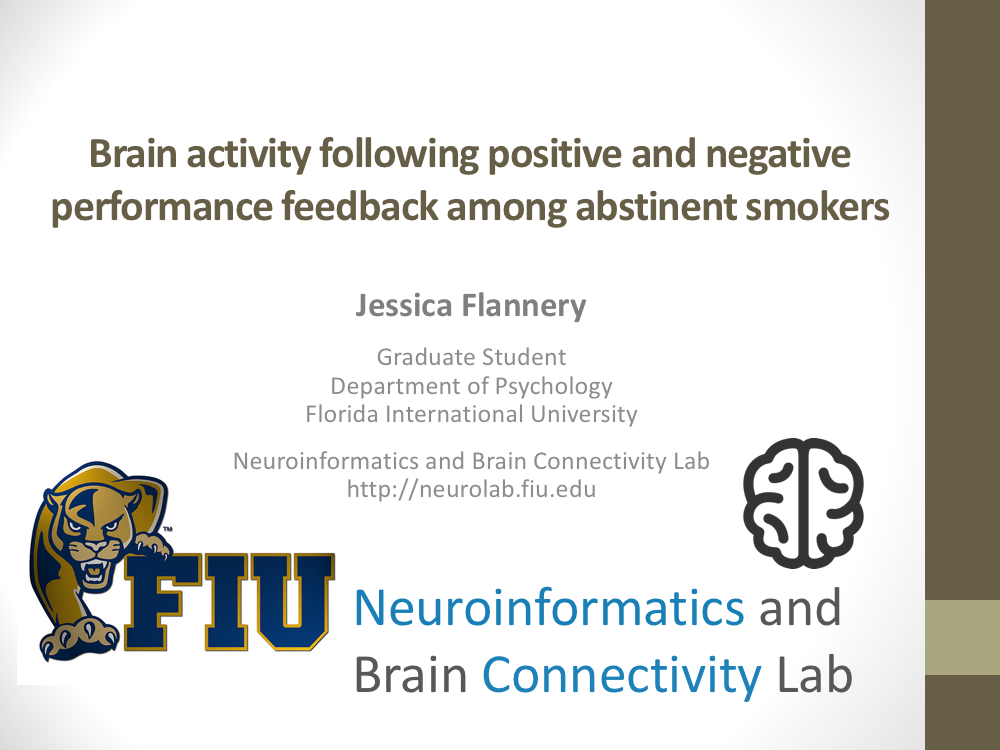 Although most cigarette smokers endorse a desire to quit and half try to do so each year, the vast majority will relapse within days of a quit attempt due to withdrawal symptoms. Emerging evidence has critically linked the habenula, a small and understudied brain region with reward processing, tobacco addiction, and nicotine withdrawal. Specifically, the habenula inhibits dopamine-releasing neurons in the midbrain following the absence of expected reward and also plays a role in dopamine neurotransmission. The current study plans to investigate the activation of the habenula and other brain areas implicated in nicotine withdrawal during a positive and negative performance feedback task, the motion prediction task. This presentation shows preliminary fMRI data from 24 abstinent smokers performing the motion prediction task. The behavioral results of the motion prediction task validated the task’s utility in this population. Additionally, the habenula, bilateral anterior insula and anterior cingulate all displayed increased activation following negative performance feedback while the ventral striatum displayed increased activation to positive performance feedback and decreased activation to negative performance feedback. In the future, this study will compare abstinent smokers’ task-related activation with that of nonsmoking controls. In addition, this study will investigate whether two pharmacological smoking cessation aids, varenicline and nicotine, can reduce these task-related brain activation differences in abstinent smokers.