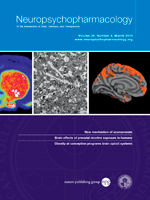 Recidivism rates for cigarette smokers following treatment often exceed 80%. Varenicline is the most efficacious pharmacotherapy currently available with cessation rates of 25-35% following a year of treatment. Although the in vivo binding properties are well known, varenicline’s neurobiological mechanisms of action are still poorly understood. Varenicline acts as a nicotinic receptor partial agonist or antagonist depending on the presence or absence of nicotine and has been implicated in the reduction of reward signaling more broadly. The current study probed anticipatory reward processing using a revised monetary incentive delay task during fMRI in cohorts of smokers and non-smokers who completed a two-drug, placebo-controlled, double-blind crossover study. All participants underwent ~17 days of order-balanced varenicline and placebo pill administration and were scanned under each condition wearing a transdermal nicotine or placebo patch. Consistent with nicotine’s ability to enhance the rewarding properties of nondrug stimuli, acute nicotine administration enhanced activation in response to reward-predicting monetary cues in both smokers and non-smokers. In contrast, varenicline reduced gain magnitude processing, but did so only in smokers. These results suggest that varenicline’s downregulation of anticipatory reward processing in smokers, in addition to its previously demonstrated reduction in the negative affect associated with withdrawal, independently and additively alter distinct brain circuits. These effects likely contribute to varenicline’s efficacy as a pharmacotherapy for smoking cessation.