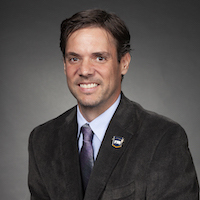 Dr. Sutherland’s research focuses on understanding the impact of drug abuse on human brain function. With emphasis on cigarette smoking, cannabis use, and HIV infection his research employs multiple neuroimaging tools (e.g., pharmacological, task-based and “resting-state” functional magnetic resonance imaging). Dr. Sutherland has a broad background in cognitive neuroscience and specific training in drug abuse. He earned his B.A. in Psychology from Ohio University (2002) and his Ph.D. in Psychology/Cognitive Neuroscience from the University of New Mexico (2007). He earned an Intramural Research Training Award to conduct postdoctoral research involving a cognitive neuroscience perspective on drug abuse in the Neuroimaging Research Branch at the National Institute on Drug Abuse (NIDA/NIH). He is currently an Assistant Professor in the Department of Psychology at FIU. Dr. Sutherland was recognized as a “Top Scholar” by FIU in 2015 and his research is currently funded by NIDA.

HIV/Cannabis: Impact of HIV and Cannabis on Brain Function

MMMM: My Mind & My Money

Changes in harm perception of ENDS and their predictors among US adolescents: findings from the population assessment of tobacco and health (PATH) study, 2013-2018

Risk factors for early use of e-cigarettes and alcohol: Dimensions and profiles of temperament

The cue-reactivity paradigm: An ensemble of networks driving attention and cognition when viewing drug-related and natural-reward stimuli

Baseline brain function in the preadolescents of the ABCD Study

[PREPRINT] Intelligence and academic performance: Is it all in your head?

Do Parents Still Matter? The Impact of Parents and Peers on Adolescent Electronic Cigarette Use

A preliminary validation of the adolescent e-cigarette consequences questionnaire

Effects of cannabinoid administration for pain: A meta-analysis and meta-regression

Functional Neurocircuits and Neuroimaging Biomarkers of Tobacco Use Disorder

Meta-analytic connectivity and behavioral parcellation of the human cerebellum.

Reward Anticipation Is Differentially Modulated by Varenicline and Nicotine in Smokers.

Down-regulation of amygdala and insula functional circuits by varenicline and nicotine in abstinent cigarette smokers.

Resting state functional connectivity in addiction: Lessons learned and a road ahead.

Intelligence and academic performance: Is it all in your head?

Combined impact of HIV and cannabis use on insular functional connectivity

Co-activation based parcellation of the human insula