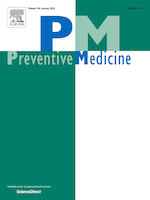 Electronic nicotine delivery systems (ENDS) use has dramatically increased in the US. This study aimed to characterize changes in ENDS harm perception over time and associated predictors among US adolescents. Data from the 2013-2018 Population Assessment of Tobacco and Health Study (PATH) for adolescents (12-17 years) were utilized. Trend analyses were employed to delineate changes in comparative and absolute ENDS harm perception over a four-year interval. We applied a time-varying effect model (TVEM) to examine the associations between the changes in harm perception and associated predictors. The results suggest that perception of ENDS as less harmful than cigarettes significantly decreased from 54.3% at Wave 1 (2013) to 30.4% at Wave 4 (2018) (P < 0.001). Perception of ENDS as no or little harm decreased from 35.9% at Wave 1 to 16.9% at Wave 4 (P < 0.001). These changes in harm perception were less robust among males, adolescents who did not have positive tobacco-related attitudes, and those with smoke-free home rules (P’s < 0.05). Additionally, having ever used ENDS or alcohol were more likely to be associated with reduced ENDS-related harm perception over time (P’s < 0.05). Our results show that while ENDS-related harm perception have generally increased, this does not appear to be equally experienced across all adolescents, potentially highlighting the importance of at-risk groups and targets for intervention. This study can help identify individuals at risk of ENDS initiation because of their favorable ENDS harm perception profile, as well as guide the development of ENDS risk communication interventions for adolescents.