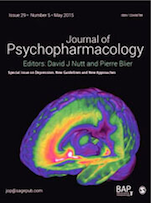 Lagging behind rapid changes to state laws, societal views, and medical practice is the scientific investigation of cannabis’s impact on the human brain. While several brain imaging studies have contributed important insight into neurobiological alterations linked with cannabis use, our understanding remains limited. Here, we sought to delineate those brain regions that consistently demonstrate functional alterations among cannabis users versus non-users across neuroimaging studies using the activation likelihood estimation meta-analysis framework. In ancillary analyses, we characterized task-related brain networks that co-activate with cannabis-affected regions using data archived in a large neuroimaging repository, and then determined which psychological processes may be disrupted via functional decoding techniques. When considering convergent alterations among users, decreased activation was observed in the anterior cingulate cortex, which co-activated with frontal, parietal, and limbic areas and was linked with cognitive control processes. Similarly, decreased activation was observed in the dorsolateral prefrontal cortex, which co-activated with frontal and occipital areas and linked with attention-related processes. Conversely, increased activation among users was observed in the striatum, which co-activated with frontal, parietal, and other limbic areas and linked with reward processing. These meta-analytic outcomes indicate that cannabis use is linked with differential, region-specific effects across the brain.